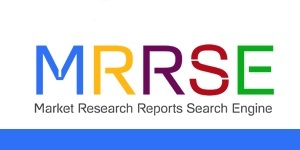 Albany, USA, 2019-Jan-04 — /EPR Network/ — A fresh report has been added to the wide database of Market Research Report Search Engine (MRRSE). The research study is titled “Global Radar Market – In-Depth Analysis with Booming Trends Supporting Growth and Forecast till 2027” which encloses important data about the production, consumption, revenue and market share, merged with information related to the market scope and product overview.

With countries becoming more vigilant about their defence, automotive, and mining technologies, investment on enhancing the current technologies and changing them to cutting edge technologies has become the need of the hour. Technology has become ubiquitous now, but organizations along with the government of several countries are funding research and development activities in order to gain the patent of future generation technologies. Several developing and developed nations are now focusing on the use of radar in automotive, mining activities, and military and aerospace in order to stay technologically ahead.

To Get Sample Copy of Report, Click here @ https://www.mrrse.com/sample/4908

North America to stay at the vanguard of growth

Staying on the forefront, North America held a share of around 36.3% in the global radar market in 2018 and is expected to retain its dominance in the market in the course of the forecast period. The U.S. is incessantly focusing on the development of autonomous cars and several companies are working on the technology along with conducting tests across the country. Some of these companies are Ford, Google, Tesla, and Uber. While radars are a part of the driver assistance system in the cars of today, they are likely to play a pivotal role in the mechanisms of self-driven cars. The development of advanced driver assistance systems is expected to be core factor driving the adoption rate of radar in cars.

Furthermore, the inclusion of private agencies in satellite launches and launch of commercial space flights will enhance the deployment of radar in the years ahead. For instance, SpaceX has planned to launch a complete constellation of 4,435 satellites in the lower Earth orbit within a timespan of five years. Moreover, the U.S. is involved in multiple battle zones, globally, all of which are out of its sovereign boundaries. Drone strikes and unmanned surveillance and reconnaissance missions have been the preferred method of operation for defensive as well as offensive missions for the military. The radar systems used by the forces are also evolving to support the changing nature of the battlegrounds.

The nation in Western Europe are taking sturdy steps in order to improve the overall security infrastructure. This particular step is in response to the instability in the nation in the Middle East and Africa and Eastern Europe. With instability pertaining to politics, international relations, terrorism, and civil wars rising, the demand for advanced technology for defence systems is expected to take a boost in the years ahead, thus increasing the demand for radar as in the near future. It has also been projected that many European nations will increase their defence budgets after NATO’s leader, the U.S. issued a guideline that the NATO nations are required to allocate 2% of their GDP to defence.

Asia Pacific excluding Japan is also expected to give a neck to neck competition to Western Europe with nations such as China and India focusing on defence budgets extensively. China and India has launched numerous initiatives, under which, these countries are looking to localize the production of defence equipment and reduce their dependency on foreign powers. They have also aimed to gain technological expertise through collaborations with major defence contractors.

Enquire about this Report @ https://www.mrrse.com/enquiry/4908