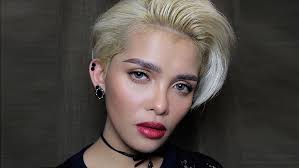 HOUSTON, Texas, 2019-Sep-28 — /EPR Network/ — Cornerstone Entertainment, Inc. released an “Official Statement” informing the public that “it will no longer push through with KZ Tandingan’s U.S. shows” including the show in Houston, Texas on September 28, 2019 “due to promoter’s (JRC) – failure to comply with its obligations, protocol and show requirements.” This public statement was the first notice of any kind Happy Owl Productions, who was producing and organizing the Houston show, received related to any potential cancellation or issues regarding obligations or show requirements. Happy Owl Productions was looking forward to the show and had fulfilled all obligations related to the venue and hosting of the event. Unfortunately, a number of failures by tour promoter, Jimmy Reyes Cruz (aka “Jemalicious”) or (“JRC”) based on statements provided by Cornerstone Entertainment Inc. (“Cornerstone”) forced the show’s cancellation. Apparently, as occurred with prior dates on the tour, JRC failed to cover certain expenses it was obligated to cover, including travel, and also failed to secure proper visas for entry into the United States. Happy Owl Productions paid additional amounts in a last-minute attempt to make sure the Houston show would happen, but circumstances outside its control forced cancellation and it has been left with substantial expenses for a show that will no longer occur. As other event producers have announced (including Edren Entertainment, who was producing the cancelled San Jose and Stockton shows) Happy Owl Productions will be pursuing all available legal remedies as to Jimmy Reyes Cruz / JRC and other responsible parties. Happy Owl Productions apologizes to fans who were looking forward to the Houston KZ show and is working to ensure full refunds will be provided to ticket purchasers.