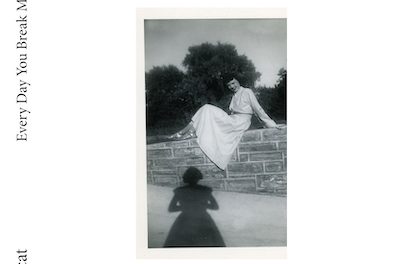 Riding the crest of the wave created by the release of her Thatched Roof Glass House (Aquamarine Records) album last year, Elizabeth McCullough, professionally known in the music industry as Alpha Cat, has just announced the release of yet another single, Every Day You Break My Heart, from the LP. Two previous released singles, Mona Lisa in a Comic Book and Mockingbird, successfully impacted BDS, FMQB, MediaBase and NAAC radio markets throughout the United States and Canada during the past several months and Thatched Roof Glass House is still generating interest and receiving attention around the world.

McCullough, a woman of many talents, is well known as a photographer, composer, singer, multi-instrumentalist and performer within the entertainment industry. As a professional photographer, she began photographing many of New York and New Jersey’s (as well as musicians all along the Eastern Seaboard) up and coming bands, some who later became mainstream artists, and were part of the ever evolving music scene of those days. It was then that Elizabeth too evolved – from the world of the visual artist to the recording arts world. And what an interesting journey between those two worlds it’s been for Alpha Cat.

Beginning to compose her own songs she turned to some of those artists for help and guidance. One of them, Fred Smith, formerly the bassist with Blondie and the band Television, agreed to produce her first two releases. An EP titled Real Boy in 1999 was extremely well received by college radio audiences in both the U.S. and Canada. It was at this point Alpha Cat made the decision to let the photography go and focus on music. Following the Real Boy EP, McCullough and Smith reunited to co-produces and collaborate on a follow-up CD, Pearl Harbor, in October of 2001. Unfortunately, this was in the wake of the 9/11 attacks on America and with an image of a bomb on the cover and the sound effects of a glass building falling down, this CD was eerily prescient. It was not well received initially, for obvious reasons. Upon re-release in February 2002, it did much better, receiving significant airplay on college radio, and winning a couple “Best Of” awards that year.

After an extended hiatus from the music business that began in 2007, due to health related issues, Alpha Cat returned in 2019 with the Thatched Roof Glass House release. It is her first album in more than a decade and includes seven songs completed with the help of Doug Pettibone (Lucinda Williams, John Mayer), bassist/guitarist Reggie McBride (Elton John), Jason Harrison Smith (Albert Lee, Kelly Sweet, Ian Andersen) on drums and co-production, and engineer and co-producer Jon Mattox, The album was then mixed and mastered by post-production legend Brett (Cosmo) Thorngren.

A North American radio and press campaigns have already been launched to promote Every Day You Break My Heart from Thatched Roof Glass House. Mainstream Alternative Rock and Triple A radio stations have also been serviced with the single. Additional personal appearances and other events are planned to be announced in the upcoming weeks. Ms. McCullough’s press kit will be provided upon request to all members of the media by contacting the representative listed below. She is presently available for interviews and/or appearances. More news, updates and other information about upcoming events may also be found at www.facebook.com/alphacatband