HOUSTON, TX, 2021-Apr-07 — /EPR Network/ — Marvin Bryant Ramirez, a Colombia native and American professional basketball player, is excited to announce that he may return to his hometown to play with Team Cali.

Ramirez last played for Team Cali in 2011. Since then, he has played professional basketball for a number of teams in South America and the United States. At age 31, he is a much more well-rounded and experienced player with much to bring to the table. Most recently, Ramirez has spent the last six years playing in the mid-Atlantic conference of the East Coast Basketball League (ECBL).

If Ramirez returns to Team Cali, he would have the opportunity to play alongside his mentor, Coach Guillermo Moreno, the current Colombia National Team Head Coach. It was Moreno who gave Ramirez his first shot to play professional basketball over a decade ago, and their reunion would mark the pivotal moment when Ramirez’s career comes full circle.

“Returning back home gives me goose bump, so many great moments were lived on that court. If all goes well, playing again with coach Moreno would be an honor” said Marvin Bryant Ramirez.

Team Cali will have more information about this potential signing move in the coming weeks. Please follow there Instagram page to learn more and stay up-to-date. 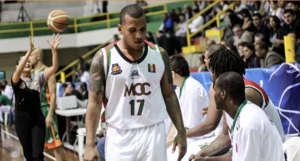 Marvin Bryant Ramirez is a professional basketball player who played for the FastBreak De Cali of the Liga Profesional de Baloncesto Colombiano from 2010 to 2011. Ramirez has also played basketball for the Cafeteros de Armenia, Colombia, and Once Caldas de Manizales, Colombia. For the last six years, Ramirez played in the mid-Atlantic conference of the East Coast Basketball League (ECBL). Prior to his professional career, Ramirez played basketball in high school at James Monroe High School in Bronx, New York, and in college at SUNY Sullivan, New York. Ramirez is the founder of the MBR Basketball Academy and The Ramirez Foundation.