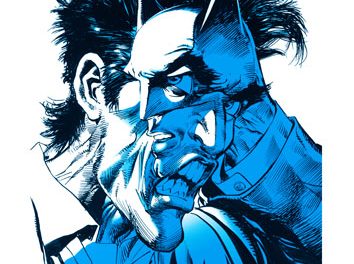 NEW ORLEANS, 2017-Dec-19 — /EPR Network/ — All-time comics great Neal Adams, known to legions of fans as the artist who “revived ‘Batman,’ saved the ‘X-Men,” challenged the system and changed comics forever,” returns to the Wizard World tour with an appearance at Wizard World Comic Con New Orleans, January 5-7 at the New Orleans Ernest N. Morial Convention Center. Adams, who had legendary runs on “Batman,” “X-Men,” “Green Lantern/Green Arrow” and “Deadman,” rescued Batman from the campy TV show, and transformed him into his present, “Avenger of the Night” persona.

When people say ‘modern Batman,’ they mean Neal Adams’s Batman. His run led directly to the realistic incarnation seen in Batman Begins and The Dark Knight movies. Adams is the creator of Ras Al Ghul, now featured in the “Arrow” series, and pretty much created the Green Arrow and Merlyn characters we see in the “Arrow” TV show.

Recently, Adams was featured during “Neal Adams Month” with 28 homage covers for DC, penciled by Neal and inked by other artists the likes of Jim Lee, Frank Miller, Brian Bolland, Simon Bisley and Walt Simonson.

Neal also drew the Batman Omnibus and the Green Arrow, Green Lantern Absolute, and his six-part “Coming of the Supermen” mini series which was a huge hit. His graphic novel Blood from Dark Horse featured the first animated lenticular lens cover ever done in the Industry. Adams’s 38-page “Harley’s Little Black Book”, which is an homage to Superman Vs. Ali, is now in stores in a collected graphic novel, along with tons of variant covers.

Wizard World Comic Con New Orleans is also the place for cosplay, with fans young and old showing off their best costumes throughout the event. Fans dressed as every imaginable character – and some never before dreamed – will roam the convention floor and participate in the famed Wizard World Costume Contest on Saturday evening.