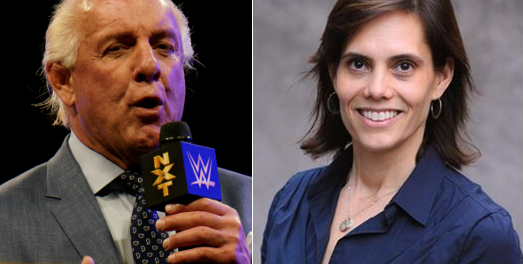 NEW YORK, 2018-May-16 — /EPR Network/ — Beat the Streets (BTS) today announced its major award winners in conjunction with Thursday’s Annual Benefit and Gala, as Eric Goldstein, NYC Chief Executive of the Office of School Support Services and member of the BTS Leadership Council, and Kyra Barry, Team Leader for the 2016 US Women’s Wrestling Olympic Team and longtime BTS Board of Trustees President, have been named the organization’s Man and Woman of the Year, respectively. They will be honored at Thursday’s Beat the Streets Benefit and Gala, set for Pier 17/Seaport District NYC.

Beat the Streets is also pleased to announce that it will be presenting its 2018 Lifetime Achievement Award to professional wrestling & sports entertainment icon, Ric Flair.

In addition, the BTS Board of Trustees will have a different look moving forward, as Raymond Barczak will assume the role of Chairman of the Board and Jesse Jantzen will serve as Vice Chair, replacing outgoing Chair Mike Novogratz and President Barry.

In his NYC Department of Education role as CEO, Goldstein manages busing and food services for over one million children in New York City. He is a graduate of Jamaica High School (Queens), Cornell University (Arts and Sciences) and Oxford University (St. Antony’s College). Goldstein is married and has two young children.

Barry is Chair of the Columbia College Alumni Association and a member of the Columbia College Board of Visitors. She is President of the Board of Beat the Streets, a member of the US Soccer Foundation’s NY Leadership Council and on The Play Company Board. She received her BA in Urban Studies from Columbia University’s Columbia College in 1987 as a member of the first fully co-ed class. Barry spent over a decade in public transportation policy and government relations at the US Congress, NYC Mayor’s Office, NY Metropolitan Transportation Authority, and NJ Department of Transportation. She has served on the boards of numerous other youth organizations, leading several major fundraising efforts. Kyra and her husband David have three children, Olivia, Jake and Charley.

“Beat the Streets has a lot to be proud of and so should Mike, Eric and Kyra,” said Brendan Buckley, BTS Executive Director. “BTS and the PSAL have had outstanding leadership and together they literally revolutionized the landscape and culture for the sport of wrestling in the Big Apple.

“Furthermore, as we transition the leadership of the board of directors, we are moving from a founding board to a governing board,” he added. “We hit a grand slam in terms of growing many wrestlers and programs in the city. We are now focused on quality and providing a life-long impact on everyone that steps on a wrestling mat in New York City. This is an exciting time for both of our organizations. I’m excited to work with Ray and Jesse as well as identify new members to join our Board.”

“It has been an honor to be part of Beat the Streets and this truly special team over the past 13 years, said Novogratz. “Kyra’s outstanding leadership as board president has been critical to building BTS from a program in a single school to a top tier, city-wide and now nationwide, nonprofit. Eric and the PSAL’s partnership have played an essential role in expanding BTS’s reach and changing the lives of the thousands of students we serve annually. I can’t think of two individuals who deserve the Man and Woman of the Year awards more. Finally, I couldn’t be more excited to have the one, the only, ‘Nature Boy’ Ric Flair as our guest of honor.”

As the Lifetime Achievement Award Recipient, Flair will be mat side Thursday as the Honorary Coach of Team USA in matchups vs. Cuba (men) and Nigeria (women). Arguably the greatest professional wrestler of all time, “The Nature Boy” has enjoyed a legendary career that has spanned four decades and earned him over 20 world championships as recognized by World Wrestling Entertainment (WWE) and Pro Wrestling Illustrated (PWI). He is the only two-time inductee in WWE Hall of Fame history, being enshrined for his individual wrestling career in 2008 and in 2012 for his time as a member of The Four Horsemen. A longtime supporter of high school and collegiate wrestling, Flair began his athletic career as a three-sport athlete (wrestling, football, track) and multi-time wrestling state champion at Wayland Academy in Wisconsin. Three of Flair’s children – Ashley, David and Reid – followed in his footsteps and enjoyed success in professional wrestling. Ashley is an active WWE competitor, wrestling under the name Charlotte, David spent time during his career with World Championship Wrestling (WCW), and Reid was a decorated scholastic wrestler at Blair Academy in New Jersey who also spent time in WCW and other pro circuits.