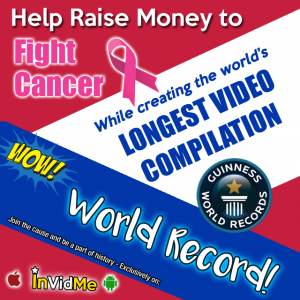 NEW YORK, NY, 2019-Feb-22 — /EPR Network/ — After a successful launch in 2018 with the online sensation Batdad along with several unique shows and characters, video entertainment platform InVidMe is now attempting to create a record in the Guinness Book of World Records: The World’s Longest Video Compilation. Members can participate in creating the record by adding videos to the compilation while supporting the fight against cancer.

The highly interactive video entertainment platform InVidMe has shown promise with Batdad offering a show that engages members to create unique and fun responses. The company has also released a Kids version of the platform with animated characters and a puppet show as well. Now their goal is to raise money to fight cancer while creating a world record for the longest video compilation. 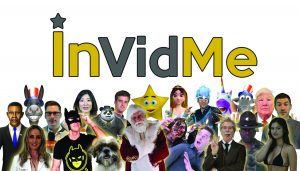 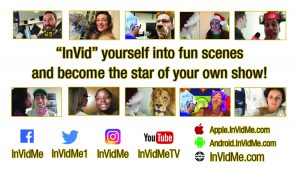 After watching an introductory video created by cancer survivors who provide information on the campaign, participants will tell their story and add to the compilation. The goal is to engage over 1 million participants and create the world’s longest compilation video ever. In doing so, InVidMe will donate 100% of the campaign proceeds to charities affiliated with cancer research to support cancer survivors and to help find a cure for cancer. 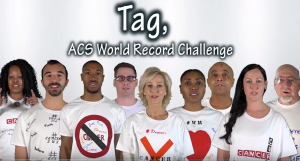 InVidMe has also released a brand new feature called “Spotlights”. The platform will be the first in the world to offer this unique compilation of top quality videos. “We’ve noticed that a lot of video platforms have content that is mediocre at best.” Said CEO and Cofounder Randy Levan. “By adding spotlights to our platform, we will minimize mediocre content and only showcase the best of the best.”

“As a cancer survivor I am honored to be a part of this campaign.” Said member of the platform, Maria Owens. “My hope is that we break the record and put an end to cancer once and for all.”

If you would like to help InVidMe create the record for the world’s longest video compilation then download the free app for iPhone or Android to create your video and be included. Then you can pre-order the final video on InVidMe.com. 100% of the proceeds will go to charities to help find a cure for cancer.