Global gamma-butyrolactone market is anticipated to witness an exponential growth in the forecast period. Gamma-butyrolactone, also termed as “Butyrolactone or 4-butyrolactone”, is a hygroscopic liquid with weak odor. It is used as a synthetic and solvent reagent. The factors that propel the growth of the market include usage in different productions at a large scale, demand growing continually along with the fast growth of the petrochemical industry and the other related industries. It is harmless and convenient to use and extensively used in verticals such as agriculture, chemical, dye, and polymer and solvent for extracting and printing agent for petrochemical.

On the other hand, there are factors that may hamper the growth of the market including hazardous health effect on human body. Gamma-butyrolactone market is anticipated to expand at a significant CAGR of 6.2% in the upcoming period as the scope, product types, and its applications are increasing across the globe. 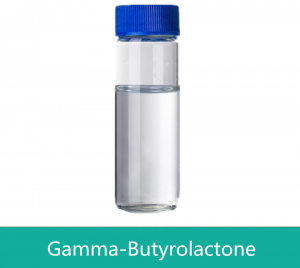 Europe and the Asia Pacific are also estimated to have a positive influence on future growth. Europe is the second largest region with significant market share. However, Asia Pacific is estimated to grow at the highest CAGR in the forecast period. The developing countries like India and China are the major consumers of gamma-butyrolactone in this region.

Some of the key players that fuel the growth of the gamma-butyrolactone market comprise Boai NKY, Ashland, Guangming Chemicals, Changxin Chemical, BASF, Lutianhua Group, Jinlong Chemical, Realsun Chemical, Mitsubishi Chemical, Ruida Biology Technology and Raina Chemical. The leading companies are taking up partnerships, mergers and acquisitions, and joint ventures in order to boost the inorganic growth of the industry.