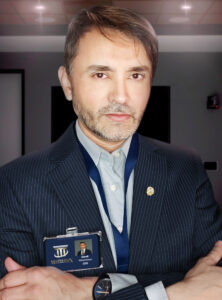 Houston, TX, 2021-Jun-19 — /EPR Network/ — With a strong investment with foreign alliances of US 3.5 million. MACPHERSON GLOBAL launches to deploy its tentacles in Latin America.

MACPHERSON, the company that was born in Chile as an idea of ​​its CEO “Darek Macpherson Méndez”, is installed in November 2021 in some countries such as Mexico, Uruguay and Peru and the State of California, being in 2022 its operation for Chile and Colombia .

Its purpose as a legal study and central financial business, risk analysis and tax management, also includes advice to companies in matters of legal responsibility, but not only companies, but also research in areas such as Money Laundering, Bribery and financing. Terrorism, political parties, the responsibility of public administration and private investigation of the Government and cooperation between States, among other things.

The extensive experience of its CEO, led to the generation of foreign alliances, with European and German companies that have subsidiaries in Latin America, for which MACPHERSON GLOBAL, acts as a supervisory entity in accordance with the current regulations of each country in accordance with international standards. for its implementation as they are:

The Basel Committee on Banking Supervision, defined the concept of “COMPLIANCE”, as a sum of functions that allows institutions or organizations to detect and manage the risks of non-compliance or non-compliance with regulatory obligations, mitigate the risks of sanctions and capital losses or reputation arising from such breaches.

The company is currently in an alliance with Brazil, Mexico, Spain and Portugal. It is documented that the Macpherson Clan (Highland Scottish clan) is a family that groups few members in the world with this surname and that they help each other, they have their own shield and flag, even a museum. But they all have in common that they are successful people, and even on Netflix is ​​the story of this family and its origin, which will undoubtedly be another success in this fine blood that has the mark of business success embedded in its veins. on a large scale.

On his part, Darek Macpherson is in Chile, managing these businesses at a distance and his transfer to the country is not possible until 2023, where he ends a series of commitments that leave little space for leisure. But undoubtedly a fundamental piece was the movement of contacts that Don Darek Macpherson played in the construction of this entire investment network, remembering that his work history includes a high position in positions of Risk Analysis, Money Desk, in such important Banks such as “The Hongkong and Shanghai Banking Corporation” HSBC, and Group Santander Internacional, as well as the businesses of the family business itself, ranging from the Real Estate, Textile, Automotive, and wine industries, among many others that can be mentioned.

The company intends to control and change certain parameters of the regulatory framework in the field of wind energy, trains, commercial aviation as they already did with their Easy Jet line, public television, and cargo ships between extensive and extensive business programs that They have already been closing deals, in the entire market of Central America, Canada, Spain and the US

It also has the participation of “John and Enrique Macpherson” from Australia, and “Yorqcuo Truoklopinkiff”, the Emirates pilot and war pilot, as well as a preparer for the American intelligence unit.

Macpherson advocates for the implementation of data protection, competition or consumer protection. in Chile and in Central America, where there is currently no solid law such as in Spain, because in Latin America anyone can publish something libelous and it cannot be easily erased, unlike Spain and Europe, which is a leader in these advances.