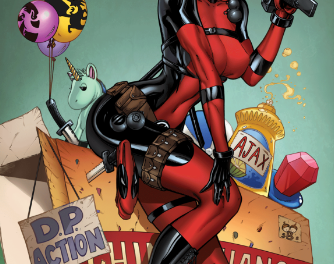 Fingeroth, Davis and Victor Dandridge (“The Samaritan,”Origins Unknown”) will moderate many of the comics-themed panels during the three days. For the full list of comics creators scheduled to date to attend Wizard World Comic Con Sacramento, fans can visit http://wizardworld.com/guests/sacramento.

The creators join a first-rate lineup of celebrities scheduled to appear including Nichelle Nichols (“Star Trek”) and the “Buffy the Vampire Slayer” trio of James Marsters, Charisma Carpenter and Nicholas Brendon, Sean Gunn (Guardians of the Galaxy, “Gilmore Girls”), the “Charmed” duo of Holly Marie Combs and Brian Krause, Paul Wesley (“The Vampire Diaries”) and more at the comic con and pop culture extravaganza.

Wizard World Comic Con Sacramento is also the place for cosplay, with fans young and old showing off their best costumes throughout the event. Fans dressed as every imaginable character – and some never before dreamed – will roam the convention floor and participate in the famed Wizard World Costume Contest on Saturday evening.

For more on the 2017 Wizard World Sacramento, visit http://wizd.me/SacramentoPR.

The 2017 Wizard World convention schedule is available at: http://www.wizardworld.com/comiccon.