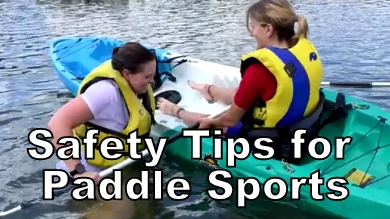 The Pilates equipment market generated revenues worth over US$ 248 Million in 2018, an excess of US$ 15 Million from 2017, according to Fact.MR’s recent valuations.

Pervasive over three decades, popularity of Pilates is expected to show no signs of slackening, despite its technical demands, hardcore reputation, and rigorous nature. While Pilates equipment sales have remained concentrated in the direct-to-consumer channel, sales in specialty stores and third-party online channel are likely to pick pace in 2018, with revenues from specialty stores expected to be slightly greater than those from the third party online channel.

The study opines that buoyant prospects of the fitness industry and health club industry are few of the prime fillips responsible for the steady growth trajectory of the Pilates equipment market. According to the International Health, Racquet & Sportsclub Association (IHRSA), in the United States, health club membership grew by 33.6% during 2008-2017.

Pilates equipment manufacturers have introduced a wide variety of products, ranging from reformers and Cadillac to Barrels & Arcs and accessories. Reformers and barrels & arcs are expected to hold leading revenue shares, with the collective share of these product variants estimated at nearly 60% in 2018. Revenue growth of reformers and barrels & arcs will witness a close competition, with the difference estimated at just 1% in 2018.

The study opines institutional buyers to hold bulk revenue shares of the Pilates equipment market in 2018, and the status quo is poised to prevail over the period of forecast. Among institutional buyers, while Pilates clubs will clasp comparatively greater market share, revenues from health clubs is envisaged to record a relatively faster increase in 2018.

“While preference of enthusiasts has traditionally remained inclined toward Pilates clubs, recent inclusion of beginners Pilates programs in health clubs along with rising yoga participation rates in the recent past have spurred Pilates equipment sales in the latter. Several health clubs, which offer Pilates classes have reduced their membership rates for attracting budget-conscious consumers,” says a lead analyst at Fact.MR.

Fact.MR study reveals that Europe continued the leading demand for Pilates equipment in 2018 and reported over US$ 94 Million revenues, an up from US$ 88 Mn in 2017. An upsurge in the boutique gyms, a significant numbers of tailored programs for prehabilitation and a prominent rise in number of memberships in the health clubs collectively drove the Pilates equipment demand in Europe.

Growth of mindful-based exercises such as yoga have indicated a shift in the way Millennials choose to take proper care of their health. While higher intensity exercises have remained a pervasive trend, recent rise in awareness on improved posture and good muscle balance has further upheld popularity of fitness exercises such as Pilates, thereby driving its equipment growth. Owing to the increasing preference for on-demand and personalized workout session among millennials, popularity of ‘Boutique Studios’ has grown significantly.

North America, according to the study, followed Europe while generating demand for Pilates equipment of worth around US$ 80 Mn in 2018. A comparable growth trend as that of Europe was observed in North America wherein the U.S. held almost 90% of the North America market share during 2017-18.

With the growing preference for Boutique studios, global stakeholders in the health club industry are actively leveraging the expansion and collaboration strategies. For example, Club Pilates, a boutique fitness studio with specialization in strength-training classes has recently announced plans of expansion in Philadelphia. The club also launched on-the-go Pilates classes on several digital platforms to address evolving consumer demands.