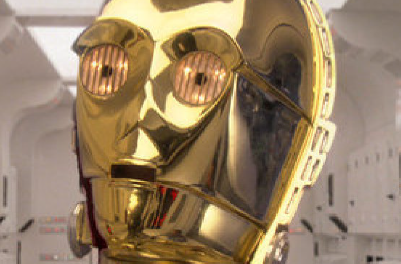 PORTLAND, Ore., 2022-Dec-05 — /EPR Network/ — Anthony Daniels, best known to fans as the droid “C-3PO” across the Star Wars franchise, will appear at FAN EXPO Portland, February 17-19, 2023, at the Oregon Convention Center. Lending his unique talents and voice to dozens of iterations of Star Wars, from every feature film to video games, TV series, shorts and more, Daniels has put his stamp on one of the most memorable characters in cinematic history.

In all, Daniels has more than 100 acting, producing and writing credits. Apart from the dozens of appearances as “C-3PO,” the British native portrayed “Tak” in the 2018 film Solo and had a recurring role in the “Ghosts of Albion” series, UK’s ‘The Country Diary of an Edwardian Lady.”

Daniels has written extensively about his experiences especially in his “New Improved Wonder Column” in the original Star Wars Insider magazine. He produced his first comic book for Dark Horse, The Protocol Offensive. His writing skills were harnessed by Hasbro Interactive for their “Star Wars Monopoly.” In 2019 he published his memoires of his film experiences in I AM C-3PO – The Inside Story.

Tickets for FAN EXPO Portland are on sale at http://www.fanexpoportland.com now, including individual single day, 3-day and Ultimate Fan Packages for adults, youths and families. VIP packages are also available now, with dozens of special benefits including priority entry, limited edition collectibles, exclusive items and much more.
Portland is the second event on the 2023 FAN EXPO HQ calendar; the full schedule is available at fanexpohq.com/home/events/.