Los Angeles, USA, 2019-Dec-30 — /EPR Network/ — The premiere of the latest Tim Thorne film “Killing Lionel”, which was produced by Sunsetrider Productions, will be available on FandangoNow on December 5, 2019, and Amazon Prime as well as Tubi TV in late December 2019. Martin Ross together with Trev Lewis and Darren Lake are the leading actors of the movie. 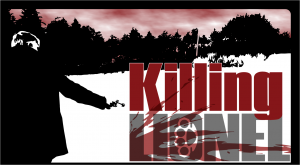 Writer and director Tim Thorne has written & directed numerous independent films. Partnered with Tom Turner who founded Paramore Productions as director of photography, the film has a well rounded group of artists and technicians on the roster.

The movie “Killing Lionel” is a crime drama along the lines of Pulp Fiction, Get Shorty, and Ocean’s Eleven. It features the same type of passion, intrigue, ambition and power struggles.

You can see the trailer on Vimeo at: https://vimeo.com/199817426. Also keep up to date on Killing Lionel on the film’s website: http://www.killinglionel.co.uk/