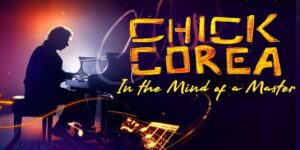 Clearwater, FL, USA, 2021-Jul-21 — /EPR Network/ — On Tuesday, July 13th the Scientology Information Center hosted a replay of the Scientology TV Network documentary “Chick Corea – In the Mind of a Master.” The showing took place in the Center’s board room at 3pm.

In 2019, Chick Corea recorded the Grammy-winning album, “Antidote” with his Spanish Heart Band. He granted access and interviews to give an open window on his creative process, furthering a life-long mission to inspire the next generation of artists.

“In honor of Chick Corea, a true jazz legend, the Scientology Information Center brought together an audience of music enthusiasts who enjoy coming together for a common interest,” said Amber Skjelset, Center Manager.

“The Scientology Network continues to highlight the production as a living document of Chick’s insatiable joy of creating, his generosity, his passion and his genius,” added Skjelset. “I believe that he’d be happy to know that his art will continue to create a spark in the hearts of future artists and continue that creative legacy.”

The production is also available on demand from the Scientology TV Network on Scientology.TV. The 60 minute program covers the scope of Chick’s life, the love for his band and his love for making music.

The Scientology Information Center’s hours of operation are Sunday-Friday 10am-1pm and 2-7pm and Saturday 2-7pm.

The Scientology Information Center, located in the century-old Clearwater Building in downtown Clearwater, opened on July 11, 2015, and currently houses a gallery of audiovisual displays with some 400 videos. The Center is open to all and provides a self-guided tour showing basic Scientology beliefs, Churches around the world, ongoing social programs and the life of L. Ron Hubbard, Scientology’s founder. The Center offers tours to the broad public; holds concerts, theatrical performances and receptions for the community; and opens up the use of its conference room to social, civic and non-profit groups.