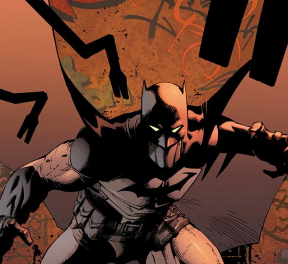 PHILADELPHIA, USA, 2022-Feb-27 — /EPR Network/ — For many attendees, comics creators are the lifeblood of FAN EXPO Philadelphia, and a standout lineup of superstar artists and writers will display their talents at this year’s event, set for April 8-10 at the Pennsylvania Convention Center in Center City Philadelphia. Headlining the deep Artist Alley roster are such luminaries as Greg Capullo (“We Have Demons”), Mark Silvestri (celebrating 30 years of Image Comics), Donny Cates (“Hulk,” “Thor”), Steve McNiven (“Star Wars”), Kami Garcia (“Teen Titans”), Ryan Stegman (“Venom”) and dozens of others, representing just about every comics franchise imaginable. Tickets for the first FAN EXPO Philadelphia are available now at https://fanexpohq.com/fanexpophiladelphia/buy-tickets/.

The FAN EXPO Philadelphia creators experience includes the opportunity to meet these legends as well as participate in panels on the Creative Stage, purchase exclusive and commissioned pieces, and meet other fans who enjoy the outstanding work of these professionals.

The full list of celebrities and creators is available and updated at http://www.fanexpophiladelphia.com.

FAN EXPO Philadelphia, which was produced as Wizard World Philadelphia from 2001-2019, brings its unique brand of excitement to an event that will feature top celebrities, hundreds of exhibitors, creators and cosplayers as well as compelling programming, meet and greets, special events, kids zones and more. FAN EXPO Philadelphia will feature everything fans have loved about Wizard World Philadelphia with even more all weekend. Executed with the highest level of health and safety measures in place, the show will welcome fans to reunite for a weekend of non-stop programming and special guests.

FAN EXPO Philadelphia will follow official government and local authority guidance as well as any venue or location-specific regulations. For more information on the health and safety measures in place, please visit fanexpophiladelphia.com.